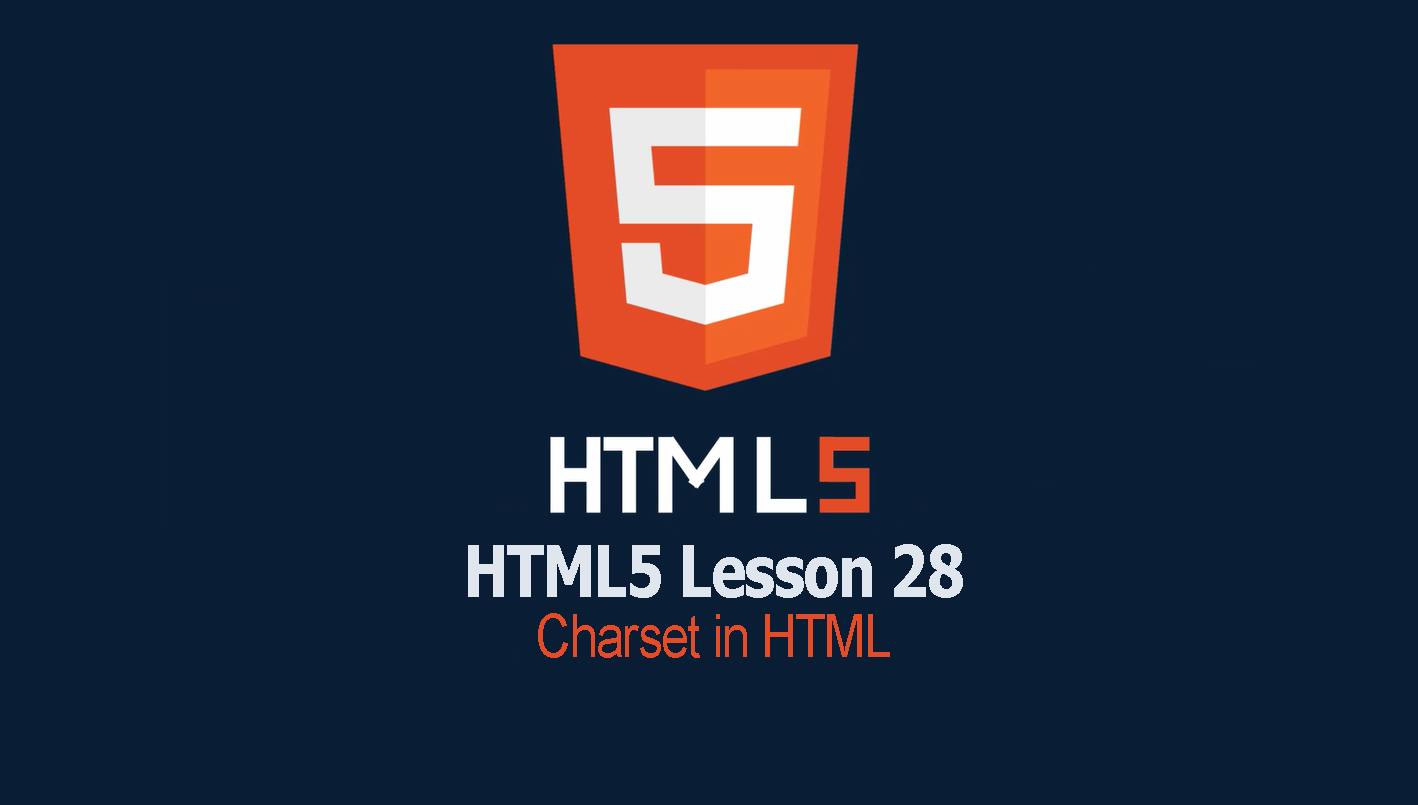 This lesson explain what are the Charset in HTML and where we could define them and what is the mean purpose of charset.
Generally there is three type of charset: ASCII , ISO, UTF, and ANSI.

This Is a Visual Explain for the Same Lesson:

ASCII was the first character encoding standard (also called character set). ASCII defined 128 different alphanumeric characters that could be used on the internet: numbers (0-9), English letters (A-Z), and some special characters like ! $ + – ( ) @ < > .

Tip: UTF-8 (Unicode) is most common used because it covers almost all of the characters and symbols in the world languages. Also this charset type is the default of HTML5 encoding.

To display an HTML page correctly, a web browser must know the character set used in the page. Which could be specified in the web page header inside the <meta> tag:

What Is the Different Between Character Sets?

The differences could be in the way of displaying some characters of some languages like Indian, or Arabic characters.

We can define the charset type in CSS by @charset rule to specify the character encoding used in a style sheet.

This post is one of the HTML5 for deep understanding course. where we will learn every common elements from basic to the advanced element.

In addition each lesson has a video which you could visit and watch for more practicing and for deep understanding.

We hope that we could give the best for you and for the deep and easy understanding.

Finally we hope every thing is works as you suspect.